The Runaway Rescue: Chapter One

All Alone with Nowhere to Go

It was after two in the morning when Cole crept into the cramped shipping container where his sister lay sleeping. He was getting used to these night raids; it was the only time it felt safe to steal food for Lauren. It had been easy to learn the guard’s routine off by heart, so that he could slip into the kitchen undetected. There were only five minutes to gather enough food for the next day before the guard returned. Cole never took very much—it was better to be hungry than to be caught.
Lauren stirred in her sleep and settled back down. She looked so peaceful tonight. Not like him. His thoughts were going round in circles. If only he could work out what to do next. His eyelids sure were heavy, but he so did not want to go to sleep. He’d have the dream again. The same dream he’d had every night since they’d moved into the container…
“Cole, where are you?” It was his Dad. He was almost under the branch that Cole was hiding on. One more step and he’d be in the perfect spot…
Cole let go of the branch and fell onto his dad They both fell over and went rolling down the bank. They laughed and groaned as they lay on their backs at the bottom of the incline.
“Want to race to the house? First one there can sneak Mum’s not-so-secret, secret ice cream stash.”
And with that, his dad took off, but Cole always passed him at the last moment, no matter how far behind he started. Pretty good for a five-year-old.
Or maybe that was only true because it was a dream. His eyes flickered open. Container walls. His eyelids were so heavy. He was sinking again… Mum was out the back, hanging up more washing. His baby sister was coming soon. Mum sure looked big. Hopefully his sister wasn’t an elephant!
He slunk into the kitchen, grabbed the ice-cream and two spoons, and ran out to meet Dad behind the garage. They were only up to their third mouthful when Mum caught them.
“I thought as much,” she said. “You guys are hopeless thieves. You left the freezer door open and the frozen peas on the floor.” She took out a spoon from behind her back and tried to perch on the saw bench. She was way too big! Dad jumped up and handed her the ice-cream. The sun was shining, they were laughing and joking. Happy. They were happy.

A dark cloud appeared and smothered them all. He wanted to wake up, but the cloud was too thick. He couldn’t move. Now there were bright lights, bright hospital lights shining on men in green overalls with masks on their faces and frozen peas falling out of their ears. They loomed over his dad who got smaller and smaller as he rocked himself backwards and forwards chanting: “She can’t be dead. She can’t be dead. She can’t be dead. She can’t be dead.”
Someone was shaking him—his eyes flew open: it was Lauren. “It’s a dream, Cole. It’s a dream. It’s not real,” she said.
If only it was a dream and not real. Probably the peas weren’t real though. He smiled at Lauren and dragged himself up to sit next to her, scratching his hand on some rust as he did. The container wall felt cold and his breath steamed in the air. They only had one blanket each that he’d bought from a nearby second-hand shop. It was getting light—he could see a rat’s tail twitch in the pile of broken car parts that he’d pushed to the back of the container. Best if Lauren didn’t see that.
She always talked his nightmare away for him. That would do the trick. “Tell me a story Lauren,” he said.
“I don’t have any this morning Colby Cheese. You tell me one,” she said.
Something was wrong. She always had a story. Sure, they were painful to listen to, seven-year-old girl’s Barbie stories. But she always had one. She was shivering.
“Are you cold Lauren-la-la?” he said. “Here, have my blanket.”
He wrapped it around her skinny little shoulders. She smiled at him but her blue eyes still looked sad. His heart sunk almost to below his knees. What did she need? He didn’t know. He wasn’t even twelve for a couple of months yet. If only Dad were still here.
If Dad were still here, they’d be home in York, not here in Plymouth, in this dump. He sniffed.
“Don’t cry Cole. We’ll be okay.” Lauren put her arm around his shoulder and clutched the blanket to her chin. “Tell me about when I was little.”
That would cheer them both up. There were all the stories of the fun they’d had with Dad as kids: the water fights, the silly games at dinnertime, the taekwondo lessons and stealth spy games, the poetry nights where they ate cake bought from the bakery. Dad would either make them laugh until they wet themselves, or scare them so much that they both had to sleep in his bed. 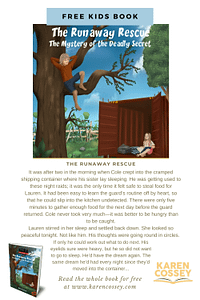 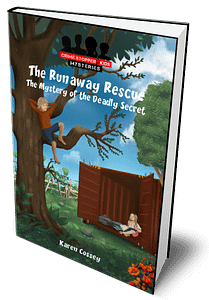 He took his hand back and ran it through his hair. “No, I think, I think what I really need is to see Lauren for a bit.” He frowned and crossed his fingers behind his back. “Would you be able to please give me a note so I can take her out of class, just for half an hour or so? We could sit in the playground and talk. She’s been having nightmares and I really worry about her.”
He hung his head and stared at his feet again. Was it going to work? He couldn’t bear to look at Miss Lewis.
“You’re such a good brother, Cole. There’s only twenty minutes until interval. I’ll write you a note and you can both go back to class after the break.”
It had worked! “Thank you, Miss Lewis. It means a lot to me.”
Lauren was excited to get out of class early. It took a few minutes to convince her to leave school, but when he promised her an ice-cream on the train, she was happy to come with him. Luckily, the train station was only six blocks away.
“Where shall we go?” he asked her when they got there, trying to make a game of it. “Somewhere by the sea or somewhere near a forest?”
Lauren clapped her hands. “The sea! The sea!”
He bought their train tickets for Plymouth and they headed off.
They had caught a taxi to a café near the port when they arrived. At night, they sneaked into the port through a hole in the wire fence. All those games of stealth that they had played with Dad were paying off. Even Lauren knew how to hide in the shadows and be so still the guards glanced over her.
They’d found the container and made it home. But we can’t stay here forever, thought Cole. Unless I could get a job, but then I would have to leave Lauren by herself all day. And who would give an eleven-year-old a job?
He sat in the tree overlooking the container while Lauren read out a poem from their mum’s poetry book, like their dad used to do. It was ‘Dentist and the Crocodile’ by Roald Dahl. It sure sounded funny. Cole glanced around as he listened.
A boy ran between two nearby containers. He wanted to warn Lauren to stop, but the boy would hear him call out. The boy ducked between two other old abandoned containers. Cole scanned for anyone else. No one.
If only Lauren would finish, but she was almost up to her favourite part. She loved to read that part especially loud. Some of Cole’s warnings must have got through to her though, because she was only half as loud as normal:
“He’s after me! He’s after you! He will eat us all!”
It was still too loud—the boy had heard. He ran to the front of their container yelling, “Don’t worry, I’ll get him. Open the door more and I’ll blast his head off with my Nerf gun.”
It was the funniest thing Cole had seen for weeks, and he almost laughed out loud. He clamped his mouth shut and bit his tongue. Ouch!
Lauren stood up and put her hands on her hips. “This place is off limits; you’re not allowed here.”
“Yes, I am. My dad says I’m allowed to play here. What are you doing here?”
“My brother says I’m allowed here, and I was here first, so you should go away.” Lauren swung her arm up and pointed at the sky.
“Will not. This is my playground.”
“I don’t want you here,” Lauren said, and she closed the container door behind her.
Clever girl, Cole thought. Don’t let him see what’s in there. Maybe the boy will run away in a minute and then they could escape.
“You’ll have to make me leave,” the boy said, putting his hands on his hips.
He was a sturdy looking young guy but still, he shouldn’t tempt Lauren like that.
Lauren ran at the boy and thrust her hands into his chest, knocking him over.
“Ow!” he shouted, jumping up and pushing her. She tried to kick him; the taekwondo training she’d had coming through strong. Cole shimmied down off the branch but as he did a man came round the corner of another container. Cole ducked behind the tree. The man raced over, yanked the two kids apart and held them at arm’s distance.
“What’s this, then?” he said.
“Dad, Dad, don’t be cross. It’s my new friend. She can fight great and she keeps a crocodile in that container.” 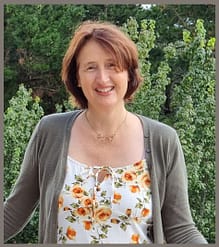 Thank you for reading chapter one of my kids book: the Runaway Rescue—I hope you enjoyed it.  This is the prequel to my tween mystery series: The Crime Stopper Kids Mysteries.

You can read the rest of the story when you join my online book club by completing the following form (this is the only place that the story is available from). Find out more about the book club here.

When Logan trespassed onto private property he never expected he'd make friends with a wealthy and mysterious family.  Neither did he expect to be captured by shipwreck pirates.  Now he must fight for his life and the lives of his family and new friends. 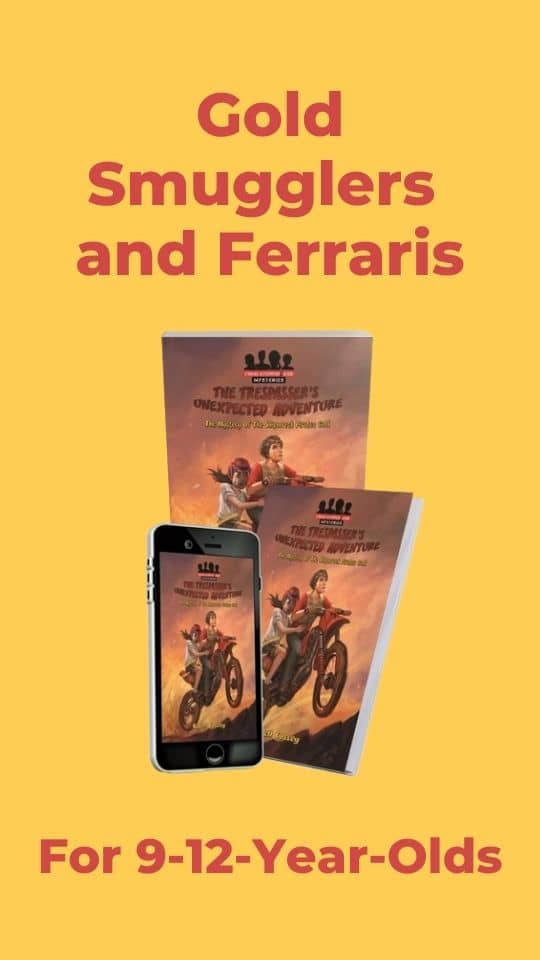