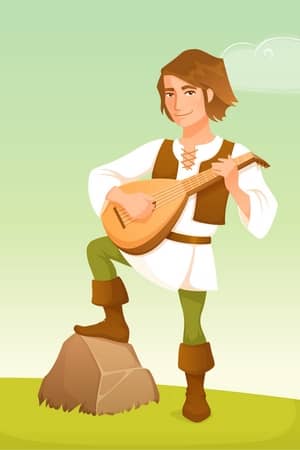 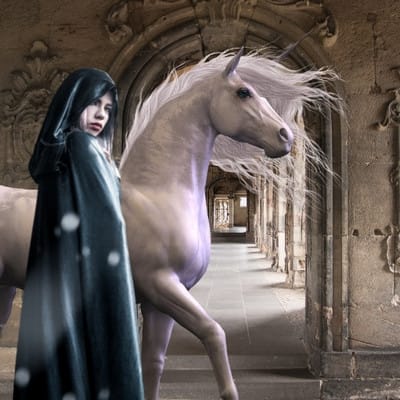 I hummed as I walked into Gregory’s carpentry shop.
“Someone’s happy today.” Gregory smiled as he looked over at me, the makings of a bird whittled in the wood he was holding.
“Father left for a meeting with Lord Yearbury and Lord Lincoln yesterday. The castle is almost empty, he took so many nobles with him. It’s wonderful.” I hugged myself tight and hopped from one foot to another. “And look at these Gregory. The shoemaker made me some new boots.” I lifted one foot up and twisted my new boot around for him to see.
“Basil made those for you?” Gregory’s eyebrow arched. “How did you get him to do that? I thought he insisted you must always wear elegant shoes, Lady Kinsey.” Gregory made a huge bow, his arms wide open, his knee bent low.
The half-bird fell out of his hand and rolled towards me. I picked I up and tossed it back to him. “I said I wanted something practical for riding out on Crimson and that it needed a holder for my dragon dagger on the inside.”
Reaching down, I pulled out my dragon dagger from my boot and showed Gregory.
“I see. That is spectacular.” He pointed his whittling knife at it. “Look at the engraving, and the gems in the hilt.  I bet Basil was excited just to hold it.”
“He was drooling,” I said.
Gregory shook his head. “Be careful of him Kinsey. He’s greedy. And slippery like an eel. I wouldn’t want him to make my daughter any shoes. They’d probably come undone in a week.”
“I know, Gregory. I’ve heard he only does good work for the nobility.  Cook said her shoes fell apart in a fortnight they were so cheaply made.”
Gregory choked out a laugh. “Well, there’s not many people around here that stay on their feet for as long as cook does in a day. I wouldn’t expect her shoes to last a week.”
I did a twirl. “I guess there are some good things about being nobility, huh?”
Gregory smiled as he shook his head. “Finally, you’re starting to talk some sense. It’s the best life, being nobility, Kinsey. The day you realise you’re too grand to visit old man Gregory in his carpentry shop will be a great day, young lady.” He bowed again, a small bow from his waist, his arm across his chest.
“Don’t be ridiculous,” I said and hugged him. He smelled of wood shavings and his grey beard scratched my cheek. He was the closest thing to a grandfather I would ever have. And one of my few friends in the castle. I would never be too grand for him. I hoped I would never be too grand for anyone.
Except maybe Basil the shoemaker. There he was now, slinking along the alleyway opposite Gregory’s shop. I stepped past Gregory and peered through his window.  Someone wearing a colourful coat was approaching Basil. As they slid past each other, it looked like they handed each other something, but they didn’t even look at each other.
Strange. Something was off.
Gregory came up behind me. “What are you looking at?”
“Do you know who that is, coming out of the alley? In the red coat?”
“Never seen him. Though with a coat like that, I’d expect he was some sort of minstrel. Oh, and there’s Basil in the alley. He’s walking fast. Maybe his shoes are about to fall to pieces.” He smirked at his own joke.
“I have to go Gregory.” I spun towards the door. “That bird’s looking good. Door handle?”
“Yep, for a set of drawers. Keep out of trouble.”
I stepped into the street. Basil was almost at the end of the alley. The minstrel was closer. Maybe I should follow him instead?

A. Basil the Shoemaker
B. The Minstrel 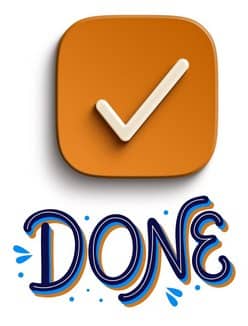 A. Basil the Shoemaker 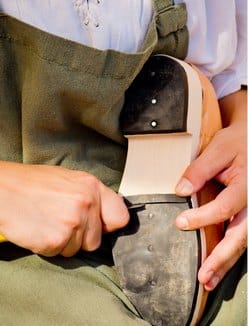 Read the Next Chapter

In medieval times, minstrels could be instrumentalists, jugglers, acrobats and storytellers. Some of them lived and worked for noble families, while others travelled from  town to town, performing and providing entertainment. They would also take news from one village to another.

Meet my two cats, Louie and Mikey. They are four-years-old, and brothers. They get along really well, and both love cuddles.  And are they chatty! Mikey will sit at the bottom of the stairs and meow until someone calls out to him. Then he’ll waddle up the stairs and expect a good rub.

The reason he waddles is that he only has three legs! When he was about a year old he ran inside and hid under the bed. We pulled him out and found his leg was bleeding and broken.  We still don’t know how it happened, but he had to have it amputated. 🙁  But he manages just fine on his three legs!